Heavy metals left from red mud, the pH of soil, and other agricultural issues. 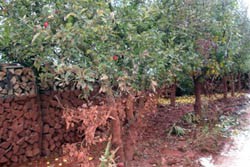 Last October, we watched as "red sludge" (or "red mud," as it has come to be known) poured across Hungary, flooding local waterways and flowing steadily toward the Danube. Emergency crews raced to minimize the impact of the highly alkaline waste by dumping large quantities of plaster and vinegar into the water.

Almost six months later, scientists are still trying to assess the damage, both long-term and immediate, caused by the red mud, which contains both toxic metals and radioactive elements. From studies on the pulmonary effects of inhaling red mud dust to studies of the soil the sludge flowed over, there are many questions that remain unanswered.

Studies have suggested that the presence of large quantities of heavy metals (like nickel) left in the wake of red mud could have an impact upon the micro fauna of the soil that might take many years to resolve or reverse. Toxic metals, however, may be only part of the post-disaster problem for agriculture in Hungary.

The pH of Planting

Recent studies suggest that an immediate challenge for farmers will be dealing with soil that might be considered super alkaline. As Science Daily reported, "Red mud is about one million times more alkaline than a neutral material."

Couple the extreme alkalinity with the fact that Hungarian farmlands were covered in up to 4 inches of sludge, and it's clear that farmers whose livelihoods depend upon local crops like corn and alfalfa have a right to be concerned. Whether the crops will be safe to eat remains a big question. But farmers also have to ask, "will the crops grow?" Will they grow at all? Will growth cycles change? Will the yield differ from a pre-red mud season?

One solution scientists have explored to help lower the pH levels of the soil is the addition of gypsum. We'll be watching as the agricultural story unfolds. But students can observe these issues firsthand with a series of plant biology projects that puts real-world environmental disaster relief onto their windowsills or into their backyard garden:

For all of these projects, a pH soil testing kit, available at garden stores or at Amazon.com, will be useful. 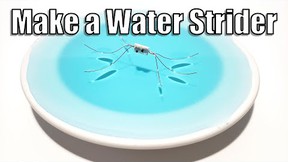 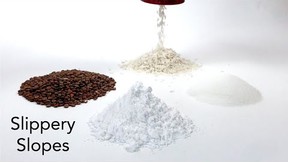