Have you ever watched a great sports player and imitated his or her moves over and over again? Or have you ever felt really bad when someone got hurt or things just weren't going his or her way? If so, you might be surprised to learn that you have been practicing skills closely tied to lying! In this science fair project, you'll discover how your brain gets a workout when it moves from truth-telling to lying, and how you can detect the shift. That's no lie!

This project was inspired by the experiments of Debora Capper and her son, Conrad. 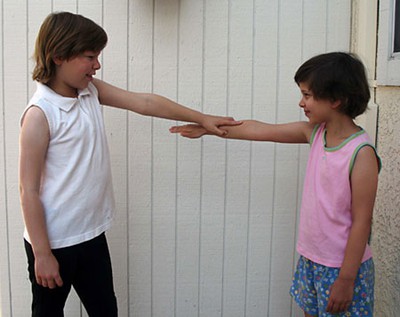 People with certain brain-development problems, such as autism spectrum disorders, have great difficulty lying, and some people with autism never lie. Some neuroscientists (scientists who study the nervous system) believe that a problem with special brain nerve cells, called mirror neurons may be partly at fault. Mirror neurons are active whenever a person observes or tries to imitate another person's actions. Imitation is an important step toward empathy and viewing the world from another person's perspective. People with autism have difficulty with this skill.

Neuroscientists are also involved in helping the military, law enforcement, and security personnel detect lying in people suspected of having committed a crime. Standard lie-detection techniques include the use of a polygraph, a machine that measures the body's response to the stress caused by telling a lie. The polygraph continuously monitors heart rate, blood pressure, and sweating and watches for any increases in these that could signal that the person has just lied.

The problem with polygraphs, though, is that there can be false positives, which are false increases in heart rate, blood pressure, and/or sweating because of anxiety about the test or other unrelated issues. There can also be false negatives, where the person being investigated is telling a lie, but he or she either does not feel guilt about it, or has learned how to stop the body's responses to lies. This has led to an interest in developing alternative methods of detecting lies. The most promising machine is currently the functional magnetic resonance imaging, or fMRI scanner.

The fMRI differs from a standard MRI in that the standard MRI shows the brain's anatomy at high resolution (in great detail), whereas the fMRI shows how the brain is functioning and interacting, in lesser resolution, as the brain performs a specific task. fMRI maps blood flow to different regions of the brain in real-time. So, for example, if you were shown a photograph of a family member, the fMRI would tell the neuroscientists which parts of your brain were active when you looked at the image of your family member, such as the vision center, the emotional center, and the facial recognition center. With a standard MRI, your brain will look the same anatomically, regardless of what task you are doing—listening to music, looking a photograph, or telling a lie.

With fMRI, neuroscientists have discovered that your brain works harder when it is telling a lie, than when it is telling a truth! More and different parts of the brain are active during lying, as compared to truth-telling. While just four parts are active during truth-telling, seven parts are active during lying. In this science fair project, you'll take advantage of this difference in brain states to form a simple lie detector test. You'll give a person a physical task to do and have him or her tell a truth, and then tell a lie. You'll see if the person is better able to do the task when his or her brain is less active (telling a truth), or more active (telling a lie). So go call all your friends and family, and see if you can detect a harder-working brain!

This source provides some background information:

This source describes the parts of the brain that are active in truth-telling vs. lying:

This source describe how polygraphs work:

Combining and Analyzing Your Data Tables 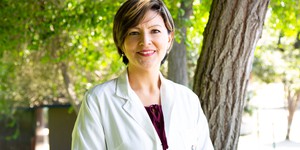 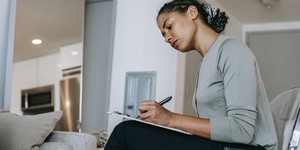 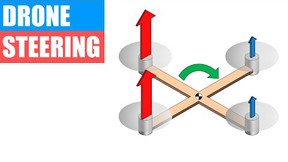 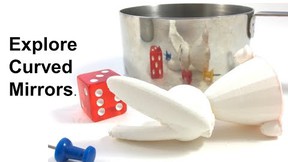 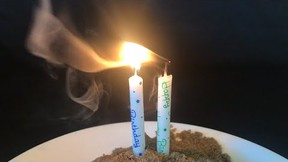