What are Variables? How to use them in Your Science Projects

In science, a variable is any factor, trait, or condition that can exist in differing amounts or types.

Scientists try to figure out how the natural world works.To do this they use experiments to search for cause and effect relationships. Cause and effect relationships explain why things happen and allow you to reliably predict the outcomes of an action. Scientists use the scientific method to design an experiment so that they can observe or measure if changes to one thing cause something else to vary in a repeatable way.

These factors that change in a scientific experiment are variables.

What is an Independent Variable?

The independent variable is the one that is changed by the scientist. Why just one? Well, if you changed more than one variable it would be hard to figure out which change is causing what you observe. For example, what if our scientific question was: "How does the size of a dog affect how much food it eats?"; then, during your feeding experiments you changed both the size of the dog and the time of day the dogs were fed. The data might get a bit confusing— did the larger dog eat less food than the smaller dog because of his size or because it was the middle of the day and dogs prefer to eat more in the morning?

Sometimes it is impossible to just change one variable, and in those cases, scientists rely on more-complicated mathematical analysis and additional experiments to try to figure out what is going on. Older students are invited to read more about that in our Experimental Design for Advanced Science Projects page. To be clear though, for a science fair, it is usually wise to have only one independent variable at a time. If you are new to doing science projects and want to know the effect of changing multiple variables, do multiple tests where you focus on one independent variable at a time.

What is a Dependent Variable?

What is a Control Variable?

Experiments also have controlled variables. Controlled variables are quantities that a scientist wants to remain constant, and she or he must observe them as carefully as the dependent variables. For example, in the dog experiment example, you would need to control how hungry the dogs are at the start of the experiment, the type of food you are feeding them, and whether the food was a type that they liked. Why? If you did not, then other explanations could be given for differences you observe in how much they eat. For instance, maybe the little dog eats more because it is hungrier that day, maybe the big dog does not like the dog food offered, or maybe all dogs will eat more wet dog food than dry dog food. So, you should keep all the other variables the same (you control them) so that you can see only the effect of the one variable (the independent variable) that you are trying to test. Similar to our example, most experiments have more than one controlled variable. Some people refer to controlled variables as "constant variables."

In the best experiments, the scientist must be able to measure the values for each variable. Weight or mass is an example of a variable that is very easy to measure. However, imagine trying to do an experiment where one of the variables is love. There is no such thing as a "love-meter." You might have a belief that someone is in love, but you cannot really be sure, and you would probably have friends that do not agree with you. So, love is not measurable in a scientific sense; therefore, it would be a poor variable to use in an experiment.

Time as an Example of an Independent Variable

In some experiments, time is what causes the dependent variable to change. The scientist simply starts the process, then observes and records data at regular intervals.

The Independent Variable for Surveys and Tests of Different Groups

When a scientist performs a test or survey on different groups of people or things, those groups define the independent variable. For example:

Sometimes a variable simply represents an either/or (binary) condition. For example, something might be either present or not present during an experiment.

Here is a sample containing the variables and hypothesis. 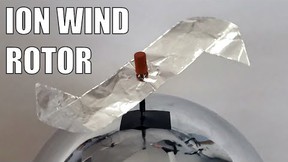