From a Judge's Perspective: Tips for a Successful Scientific Interview

If you've made it to one of the top science competitions, congratulations! That is no easy feat. After all of your hard work, you want to make a good impression on the judges and convey your research well. The following information will give you an idea of what the competition is like from a judge's perspective, what criteria are used to decide the winners, and how to make the most of your limited time with a judge. For additional advice on how to impress the judges, read veteran science fair student Amber Hess' Judging Tips for Top Science Competitions.

No two judges will approach your science project from the same perspective. They come from different personal and professional backgrounds, they might or might not have judged at this type of competition before, and they might be more or less informed about your topic. Having said that, all of the judges will be trying to determine the same general thing: your ability to independently conduct and communicate original, meaningful science or engineering research. Table 1 lists the seven factors judges usually use to make their judging decisions. The weight awarded to each factor varies depending on both the specific science competition and on the individual judge.

Table 1. The seven factors listed are usually the most important criteria for success at a top science competition.

The Do's and Don'ts of Judging Interviews

Exactly what happens during judging varies from competition to competition. You should carefully review the procedures outlined on the website of the competition(s) you're entering. However, most of the top competitions rely on face-to-face judging interviews in order to make the final determinations. These interviews usually have a time cap. You might have less than 15 minutes to convey all of the information you want during an interview. In addition to explaining all the science, you'll want to leave judges with the impression that you were courteous, confident, comfortable, knowledgeable, enthusiastic, and engaging. Here are some tips for doing just that:

My Firsthand Judging Experience at the 2010 Intel ISEF

My name is Sandra Slutz, a staff scientist at Science Buddies, and I had the opportunity to be a Grand Awards judge in the Animal Sciences Division at the 2010 Intel International Science and Engineering Fair (ISEF). There were 25 of us judging in that particular division. All of us had PhD's and research experience related in some way to animal sciences, but our current occupations were pretty diverse, including pure researchers, science educators at all levels (elementary through graduate school), veterinarians, and researchers at biotechnology companies. Our goal was to judge and rank the 51 animal science projects into 1st through 4th place Grand Award winners. The exact number of 1st through 4th Grand Awards for each division at Intel ISEF changes annually, depending on the number of science projects entered in the division. In each division, the top 25 percent of projects will take home a Grand Award. This means that there may be multiple 1st, 2nd, 3rd, or 4th place Grand Awards for each division. The more science projects in the division, the more Grand Awards, but your odds of winning a Grand Award are equal in all science divisions, regardless of how many competitors there are.

Intel ISEF competitors have a total of 18 possible interview slots spread throughout the morning and afternoon of a single day. In our division, each competitor had a total of 5–6 of their interview slots filled with appointments with Grand Award judges. The Grand Award judges had approximately 15 of their 18 interview slots filled. (Yes, if you're doing the math, that doesn't work out quite right, but that is because the Grand Award judges also had team projects to interview, evaluate, and rank separately for prizes. Starting in 2011, the team projects will be judged alongside the individual projects and be eligible for the same pool of Grand Awards.) After receiving our judging schedules, we had approximately 3 hours to preview all 15 of the display boards for the science projects on our schedule. That isn't a lot of time per project, so you can see how crucial it is to have a well-organized and easy-to-read display board! For more advice about creating a strong display board, see the Science Buddies articles about Data Presentation Tips and Big Display Boards for Top Science Competitions.

On judging day, I found that although the interview sessions were 15 minutes long, I spent only 12–14 minutes at each science project. There were very few breaks between the interviews, so I needed to conduct the interview, make my assessment, score the project (see the Judging Criteria section for an involved discussion of the factors used to judge projects), hand in my score, and be at the next display board before the beginning of the next interview session. Twelve minutes isn't a lot of time to impress a judge, so you have to be well prepared!

At the end of all the interview sessions, the Intel ISEF competitors took a break while the division judges conferred. The goal is to start picking out the best projects. The challenging part for the judges was that we hadn't all seen all the projects. In my case, we each saw approximately 1 out of every 5 science projects. We agreed to create a list where we each named the absolute best project that we'd judged that day. In the end, we had approximately 10 projects, each of which was what one or more judges considered the "best." And then the discussions began. Judges summarized the projects and described why "this one" or "that one" should be the top award winner. Other judges who had seen the projects added their opinions, either agreeing or disagreeing. After much back-and-forth debate, we collectively determined which projects needed additional opinions and sent out groups of judges to the top contenders once the students had returned from their break. The goal was to conduct either additional interviews, or more focused interviews if either a technical question or a question about the student's qualifications in one of the judging criteria (criteria are discussed previously) had arisen.

When the final judging period was over, the judges reconvened and continued to debate the comparative merits of each science project and selected the top ones. Believe me, with so many excellent projects it wasn't an easy feat! One thing is very clear, no one project will be every judge's favorite. But you do want as many judges as possible to be favorably impressed with your work. And to win top honors, you'll need to "wow" at least one judge who will champion you when the judges are debating the merits of different finalists. 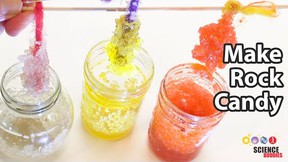