A day at the beach is a wonderful way to spend time with your family and friends. You can swim, play games and build sand castles. But have you ever wondered how the beach you are standing on came to be? How, for example, did all of that sand get there? Beaches are formed and continually changed by the ocean's waves moving rock particles onshore, offshore and along the shore. In this activity, you can investigate how beach formations are made by some parts of a beach that can resist erosion from the waves more than other parts.
This activity is not recommended for use as a science fair project. Good science fair projects have a stronger focus on controlling variables, taking accurate measurements, and analyzing data. To find a science fair project that is just right for you, browse our library of over 1,200 Science Fair Project Ideas or use the Topic Selection Wizard to get a personalized project recommendation.

A beach is a geologic formation made up of loose rock particles such as sand, gravel and shell fragments deposited along the shoreline of a body of water. A beach has a few key features. The berm is the part that is mostly above water; this is the active shoreline. The top of the berm is known as the crest, and the part that slopes toward the water is called the face. At the bottom of the face there may be a trough and, further seaward, there may be sandbars parallel to the beach.

The erosion of rock formations in the water, coral reefs and headlands create rock particles that the waves move onshore, offshore and along the shore, creating the beach. Continual erosion of the shoreline by waves also changes the beach over time. One change that erosion can cause is the appearance of a headland. This is land that juts out from the coastline and into the water and affects how the surrounding shoreline is eroded.

Extra: Repeat this activity at least two more times with a ruler taped to the side of the pan. Exactly how much shoreline erosion occurs with and without a headland?
Extra: Try increasing or decreasing the speed of bobbing the bottle. Does this affect how the beach changes over time?
Extra: Pour a large volume of water all at once into the deep end of the pan to simulate a storm surge or a tsunami. What happens to the beach?

As waves hit the shoreline over time they erode it and push it further inland. When larger and stronger waves hit the shoreline, such as in a storm, more shoreline is eroded. On a beach that is made up of a mixture of small sand grains and larger, dense rocks, the sand will be eroded away first, leaving behind the larger rocks. Over time this can create a headland—an outcropping of the larger rocks—and a bay nearby. The headland receives most of the waves' energy and consequently protects the bay from erosion. Artificial headlands are sometimes created for this purpose: to prevent coastal erosion. In your model, you should have seen that less shoreline eroded near the headland, but further away from the headland, along the sides of the pan, more erosion occurred and the shoreline was pushed farther inland because the more distant shoreline was not as well protected by the headland.

What Causes Beach Erosion? from Scientific American
Shoreline erosion and migration from the State of Delaware
A guide to managing coastal erosion in beach/dune systems: Artificial headlands from the Scottish Natural Heritage
Restore Your Shore from the Minnesota Department of Natural Resources
Building Beaches from Science Buddies 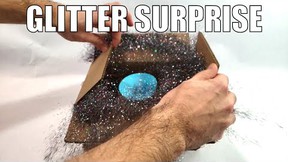 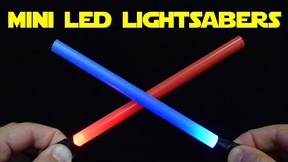