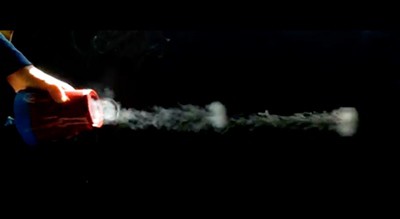 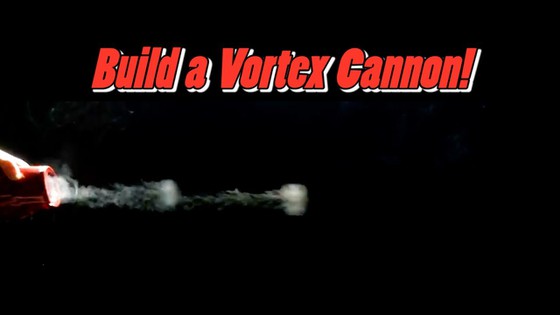 Here is a riddle for you: I am everywhere but you don't see me—what am I? The answer is: air! It is all around us, but it is usually invisible. We can, however, see the effect air has—for example when wind is moving tree branches. Air can move gently to create a nice breeze or turn into a wild and destructive hurricane. Not only can wind move objects with air, you can do it, too—as long as the objects are not too heavy! You can, for example blow on something—or you can create an air cannon, which shoots big blasts of air into…the air! Curious how this works? Then try this activity to find out!

Dispose of the cup and the balloon in your regular trash.

Could you make the toilet paper move by shooting an air vortex at it? The air vortex, which is basically a blast of air, shoots out of the cup so fast that it pushes the toilet paper away, so it starts moving. The air-vortex cannon works by quickly applying force to the air molecules inside the cup. When the balloon surface snaps forward it collides directly with the air molecules inside the cup, pushing and accelerating them toward the hole at the end of the cup. This push starts a chain reaction of high-speed collisions with other air molecules, and the only way for them to escape is through the opening at the end of the cup. You should have heard the "poof" of the air escaping rapidly through the hole each time you use your air cannon.

The fast-moving air then mixes with the still air outside the cup, and a vortex is formed. Because there is a higher air pressure on the outside of the ring (as the surrounding air moves slowly) and lower pressure on the inside (as the air in the vortex moves faster) the vortex spins and stays together as it travels across the room. Eventually the doughnut-shaped ring breaks up and disappears. You should have noticed that with a larger vortex cannon it takes longer for the air vortex to disappear, meaning that it traveled farther. This is because you are able to push a larger volume of air out of the cannon. Other design criteria such as the size and shape of the exit hole or the shape of the container (cup versus box) matter, too. Also, if you put more force on the membrane by pulling the balloon farther out, you make the vortex travel farther as the air gets pushed out of the cup faster.

Although air is invisible, it is made up of different molecules, mostly those of oxygen, nitrogen and carbon dioxide. When wind is blowing in your face you can actually feel these molecules press against you. But what makes them move to create wind? Air moves due to differences in air pressure. It always moves from areas of high to low air pressure. Differences in air pressure can, for example, be caused by temperature differences. You can also physically move air and create areas of high and low air pressure by "pushing" or manipulating the air around you. The investigation of how and why air flows is called the science of aerodynamics. One fascinating airflow phenomenon is a toroidal vortex, which looks like a doughnut-shaped ring of air. You rarely notice these unless there are some particles in the air such as steam or smoke, which make the vortex ring visible.

In this activity you created such an air vortex yourself with your homemeade vortex cannon! With a vortex cannon you create a burst of air that shoots out of a hole. The fast-moving air displaces the air outside of the hole, which then swirls around in the shape of a doughnut. The air forms this shape because the air leaving the cup at the center of the hole is traveling faster than that leaving around the edge of the hole. The difference in air pressure between the fast-moving air inside the vortex ring and the slow-flowing air on the outside of it makes the vortex spin, keeping it stable while moving through the air. With some practice you can get your air vortex to move so fast that you might even be able to knock over a paper cup with it! 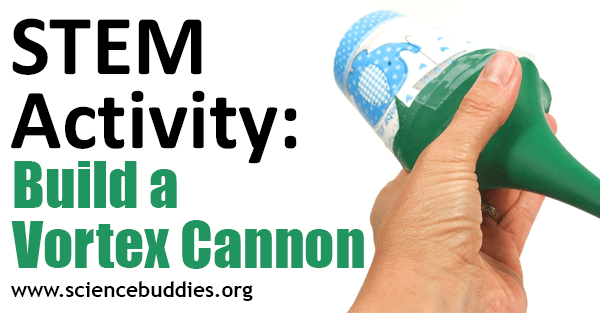 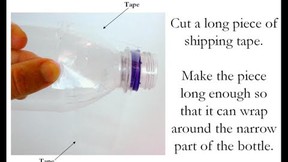 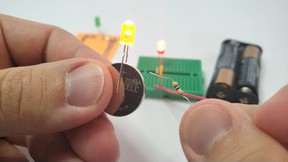 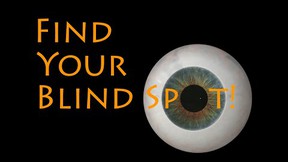