Have you ever wondered how a radio can receive music and news broadcasts over thin air? Radios, as well as radio-controlled cars and cell phones, all receive information via invisible waves. Some of these waves are called radio waves.

Radio waves are a type of electromagnetic radiation, a kind of energy that also includes visible light. Radio waves are not harmful but are in fact extremely useful for communicating across long distances. To send information using radio waves, a transmitting antenna sends out a radio wave at a certain frequency (which can tell us the size of the wave), and this is picked up by a receiving antenna. Some materials can block, or interfere with, radio waves. Have you ever noticed that you lose reception on a car radio or cell phone when you drive into a tunnel or an underground parking garage? What materials block the radio waves, and which ones allow the waves to easily pass through?
This activity is not recommended for use as a science fair project. Good science fair projects have a stronger focus on controlling variables, taking accurate measurements, and analyzing data. To find a science fair project that is just right for you, browse our library of over 1,200 Science Fair Project Ideas or use the Topic Selection Wizard to get a personalized project recommendation.

A transmitting antenna, or transmitter, generates and sends out radio waves thanks to a specific electrical current. This is possible because inside transmitters are wires that allow negatively charged particles, called electrons, to flow through them, which makes an electrical current. When current flows within a wire, it generates an electromagnetic field around the wire. This electromagnetic field radiates out of the antenna in all directions, creating invisible radio waves.

When the electromagnetic radio waves hit a receiving antenna, or receiver, such as a radio, it generates a current inside of a wire in the receiver. (The reverse process of what happened in the transmitter when the current generated the electromagnetic field in the first place.) The receiver then processes the current back into the transmitted information, which, for a radio, allows you to hear music or other broadcasts. Some materials can block the radio waves that the transmitter generates, which can be tested by seeing whether a receiver can process and respond to information sent by a transmitter.

When you operate the car using its remote control, the remote control transmits radio waves at specific frequencies that can be received by the car. The remote control acts as a transmitter and the car as a receiver. Then, when the car receives the radio waves, which are electromagnetic waves, the waves generate a current in a wire in the car, and this tells the car which direction to move in. Depending on a material’s thickness and composition, it might block—or interfere with—radio waves. Thin amounts of plastic wrap, wax paper, cotton and rubber are not likely to interfere with radio waves. However, aluminum foil, and other electrically conductive metals such as copper, can reflect and absorb the radio waves and consequently interferes with their transmission. Placing the transmitter or receiver in a fully enclosed container made of highly conductive metal, such as was done in this activity, is the most efficient way to interfere with radio waves. 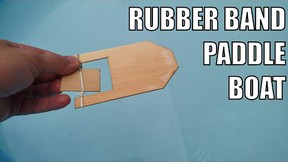 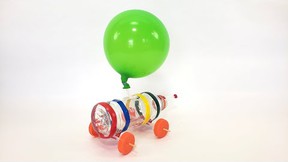 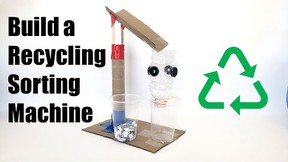