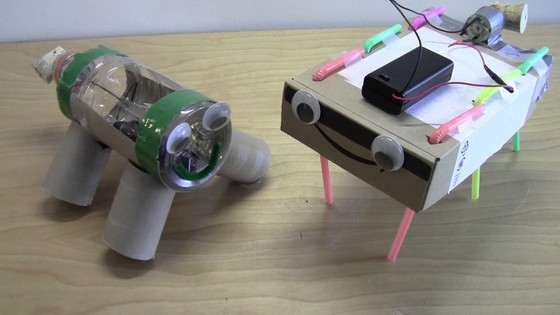 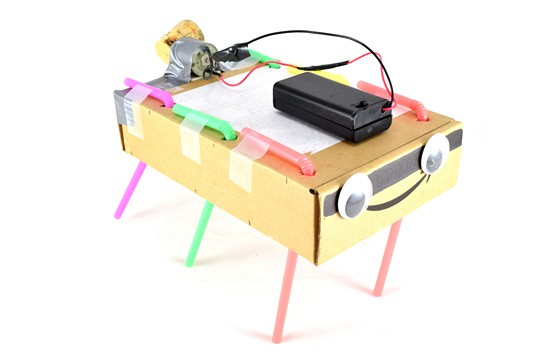 Junkbots are easy-to-build robots that you can make using a simple circuit and some recyclable materials. In this lesson, your students will learn about engineering design as they compete to build the fastest robot. No previous robotics experience is required! 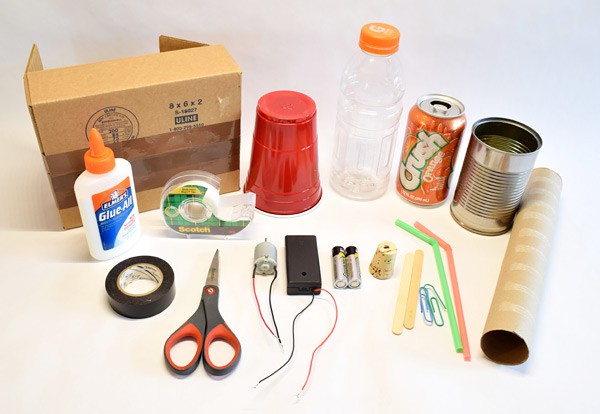 To build a junkbot you will need a motor, a battery pack, and two double A batteries. Other household items include a cardboard box, glue, rolls of tape, scissors, plastic cup, plastic bottle, cork, popsicle sticks, paper clips, plastic straws, metal cans, and a cardboard tube.

For each student or small group of students building a robot, you will need these items in the Bristlebot Robotics Kit from our partner Home Science Tools (also available as a Classroom Kit specially priced for teachers):

For the entire class, you will need:

In this project, your students will build a simple circuit by connecting a motor and a battery. When the motor and battery wires are connected as shown in Figure 1 (top), electrical current can flow in a complete loop, called a closed circuit, and the motor will spin. However, if one pair of wires becomes disconnected, the complete loop is broken and this creates an open circuit (Figure 1, middle), so the motor will stop spinning. Finally, if the exposed metal parts of the wires touch each other, this creates a short circuit, which will stop the motor and cause the battery pack to get hot (Figure 1, bottom). As the robots move and jostle around during class, wires can come loose or bump into each other, creating open or short circuits. This is the number one thing to look out for when students claim their robot is not working.

Your students will attach an off-center weight (a cork) to the motor's spinning shaft. This makes the motor vibrate, causing the robot's entire body to wobble. This is the same concept used to make cell phones and video game controllers vibrate—they have tiny motors with off-center weights inside. However, without some careful design choices, junkbots will tend to move randomly or spin in circles. The key to making them move in a (relatively) straight line is directional friction, or making sure the parts of the robot that contact the ground have more friction in one direction than the other. Think about rubbing your finger along sandpaper—it will be rough in any direction. Now think about petting a dog or rubbing your finger along a toothbrush with slanted bristles—it will feel smooth in one direction but rough in the other direction. The same concept can be applied to junkbots by giving them slanted legs (Figure 2). Robots with slanted legs will tend to move more consistently in the direction with less friction.


Figure 2. Slanted legs can be used to give a robot directional friction so it moves forward.

There are many other design factors your students will have to consider when building their robots. They can identify cause and effect relationships between these elements and the robot's movement. For example:

Your students will follow the engineering design process to build their robots and address these problems. The objective is to build a robot that can move forward to cross the finish line of a short race course (as opposed to spinning in circles or moving randomly). It is important for students to understand that there is no single "right answer" to an engineering project. There are many different robot designs that could meet the objective, and it is OK if their designs do not work very well on the first try. The process is iterative, meaning they might repeat the steps of designing, building, and testing multiple times until they get a working robot.

END_OF_DOCUMENT_TOKEN_TO_BE_REPLACED 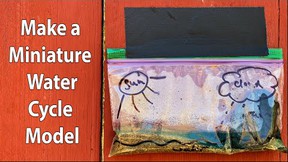 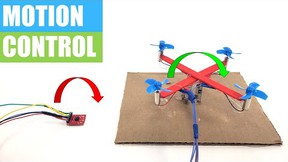 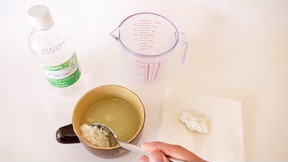