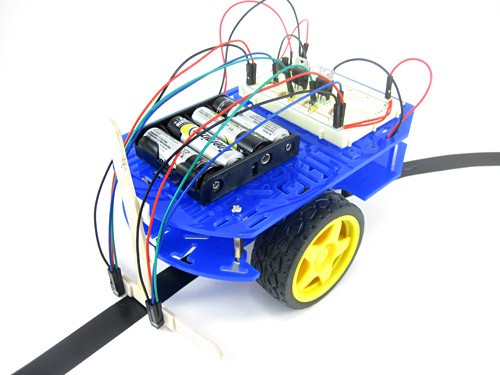 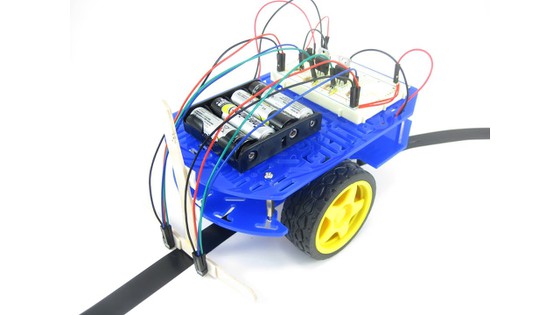 Have your students read about autonomous (also called self-driving or driverless) cars in the news? How can you build a car or a robot that will stay on the road without a human driver? In this project, your students will find out by building a robot that can automatically follow a line around a homemade race course, while learning about the electromagnetic spectrum and electronic circuits. 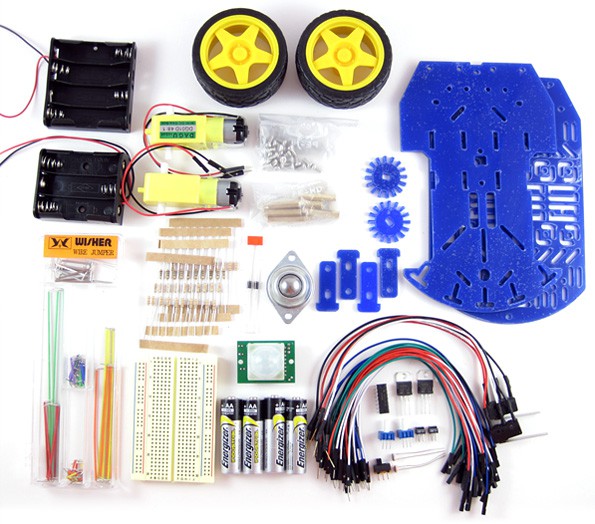 This project provides a very simplified introduction to how real-world autonomous (also called driverless or self-driving) cars work. Autonomous cars need to navigate a very complicated environment, including reacting to other cars, driving on roads with different types of lines (or no lines at all), and obeying all traffic signals and signs. They do this using a variety of electronic sensors, like cameras and radar, with computers to process all the information. The robot your students will build in this project uses two electronic sensors to automatically follow a dark line on a white background. This is conceptually similar (but not identical) to how a real autonomous car might monitor lane lines to make sure the car does not drift out of its lane.

The robot drives by using two sensors and differential steering, meaning it has two wheels that are driven independently by two different motors (unlike a car, which has a steering wheel that turns both front wheels). When both wheels spin, the robot drives forward. When the left sensor sees a dark surface, the left wheel stops and the right wheel keeps spinning, so the robot turns left (and vice versa for the right sensor). That means the robot can follow a line, as shown in Figure 2.

Two infrared sensors are placed on the front of a line-following robot chassis and spaced apart slightly wider than the width of the black line. As the two sensors scan either side of a black line the light will be reflected off the white surface and the sensors will send power to the motors. When a line begins to curve left, the left IR sensor will detect the dark surface and cut power to the left wheels which cause the robot to begin turning towards the left. When the robot is turned far enough left that the sensor is no longer over the black line, than the left motor will receive power again. The same situation applies for a line curving right and the right IR sensor and motor.

The robot's circuit contains other electronic components like resistors, transistors, and diodes that allow the sensors to control the motors. You do not need to understand exactly how the circuit works in order to build it and do the project. For a detailed technical explanation of how the circuit works, including a circuit diagram, see this page.

This project requires use of a breadboard, a tool for quickly and easily prototyping electronic circuits. If you have never used a breadboard before, we highly recommend watching the following video before doing the activity with your class. There are several common mistakes that students make when using breadboards, and being familiar with them will help you facilitate troubleshooting during class. You can also ask your students to watch the video as a homework assignment before class.

How to Use a Breadboard 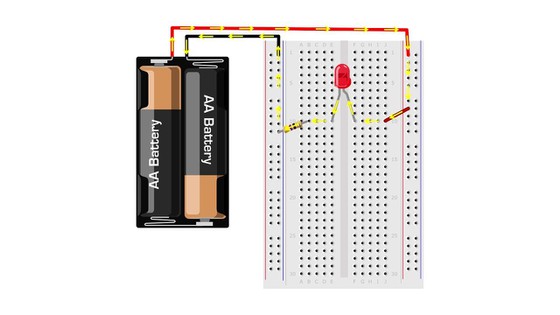