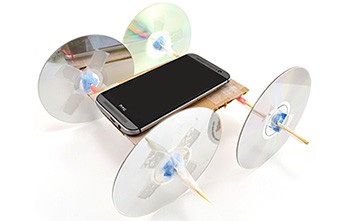 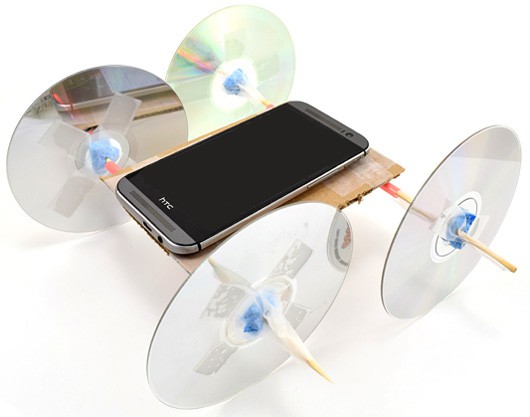 Don't just teach your students about Newton's laws of motion using diagrams in a textbook—try something hands-on! In this project, students will build their own cars using craft materials and explore the relationship between force, mass, and acceleration. Students can graph data and make observations in real-time using a mobile phone and a sensor app or use a low-tech approach with a meter stick and stopwatch. 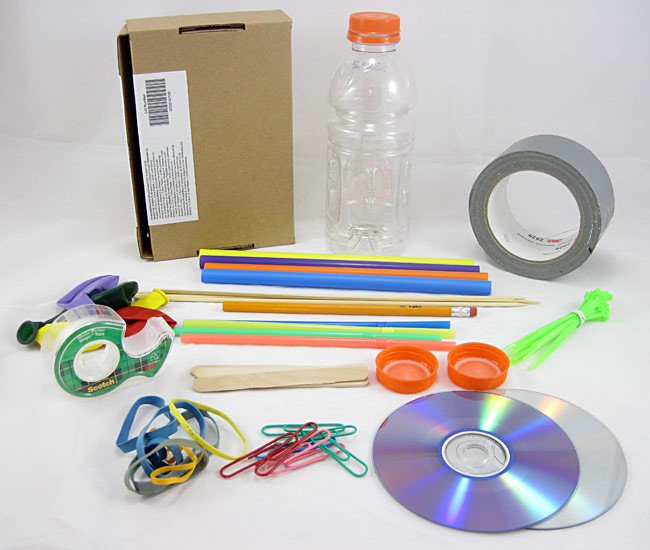 Materials to measure the cars' motion. Which materials you need depends on how you want to do the lesson. See the Explore section for an explanation of the different options.

Newton's second law of motion states that the net force on an object is equal to the object's mass times its acceleration. In equation form

Figure 1. If you increase the net force acting on an object (blue arrow) and its mass remains constant, then its acceleration will also increase (black arrow).

In this lesson plan, your students will build and push their own toy cars, then gather experimental data to understand how changing the force on an object while keeping its mass constant affects its acceleration. This will allow them to see the relationship without needing to understand algebra and Equation 1. However, to do this experimentally, we need a way to measure acceleration. Acceleration is defined as the rate of change of an object's velocity:

So how could you measure acceleration, for example, when pushing a toy car across the floor? You would need to know the car's velocity at two different points, and the time it takes it to travel between those points. This is a little easier if the car starts from resting (so you know the initial velocity is zero), and you measure the velocity after you push the car. You also need to measure the time it takes the car to travel from its starting position to the point where you measure its velocity (Figure 2). Then, you can calculate the car's acceleration using Equation 2.

Figure 2. Measurements you need to take to calculate the car's acceleration.

In theory, you could take these measurements using a meter stick and a stopwatch, but in practice this can be difficult to do because our reaction time introduces measurement error. Another approach is to measure acceleration directly using an accelerometer. Accelerometers are electronic sensors that are used in many modern electronic devices, like smartphones and video game controllers, to measure motion. Specific sensor apps allow you to easily record data from an accelerometer on your phone. You can mount a phone equipped with the app to a car, and record acceleration when you push the car. Figure 3 shows data recorded for light, medium, and hard pushes while keeping the car's mass constant. 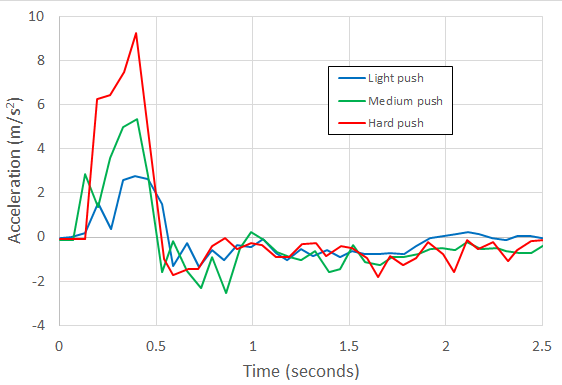 
Figure 3. Data recorded using a sensor app on a phone mounted to a toy car. Note that the data is somewhat "noisy" instead of smooth. This is normal, as the car's motion may not be completely smooth, and the app has a limited sampling rate (the number of sensor readings it can take per second), resulting in the "spiky" appearance of the data.

In Figure 3, we can initially see a large positive acceleration when the car is pushed (its velocity rapidly increases). Then there is a small negative acceleration as friction gradually slows the car down to a stop (its velocity slowly decreases back to zero). If we graph the maximum acceleration vs. the strength of the force (Figure 4), then we can clearly see the relationship predicted by Equation 1 (if mass stays constant, then when force goes up, acceleration goes up). If you want to calculate the net force acting on the car, you can do so using Equation 1 (first you will need to measure the car's mass). 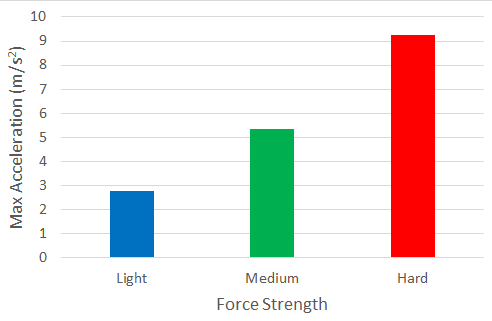 Figure 4. The maximum accelerations from Figure 3 plotted against force strength.
Note: the Next Generation Science Standards (NGSS) avoid using the word "acceleration" at the middle school level, instead opting for the phrase "change in motion." While this lesson plan uses "acceleration" throughout, you can decide what terminology to use with your students based on the standards in place for your school district.

END_OF_DOCUMENT_TOKEN_TO_BE_REPLACED 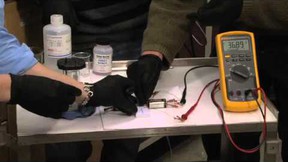