This is a great project for someone interested in both stargazing and photography. Bright city lights and even the light of the full Moon obscure the dimmest stars, which can make identifying constellations more difficult. In this astronomy science project, you will calibrate a digital camera to measure the skyglow in different locations. This can be a great tool to comparing the quality of different star viewing locations.

Difficulty
Time Required
Long (2-4 weeks)
Prerequisites
You should have already taken an algebra class and understand what a function is.
Material Availability
A digital camera with full manual control is essential for this project. If you cannot manually control the ISO, shutter speed, focus, and lens aperture of your camera, then your camera will not work for this project. See the Materials and Equipment list for details.
Cost
Very Low (under $20)
Safety
Take an adult with you when you take skyglow photos at night.
Credits 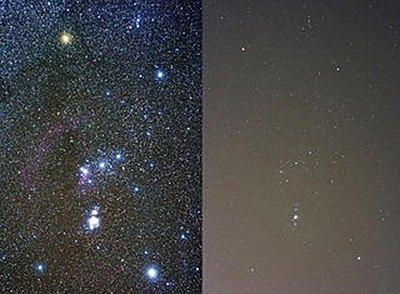 In this astronomy project, you will calibrate the image sensor in your digital camera. Then, you will use your camera to compare the amounts of skyglow in different locations.

If you've ever seen the clear night sky out in the country or away from city lights, you know that many more stars can be seen under these darker conditions. In urban and suburban areas, however, skyglow—which is scattered light in the atmosphere—obscures dimmer stars (see Figure 1, below). 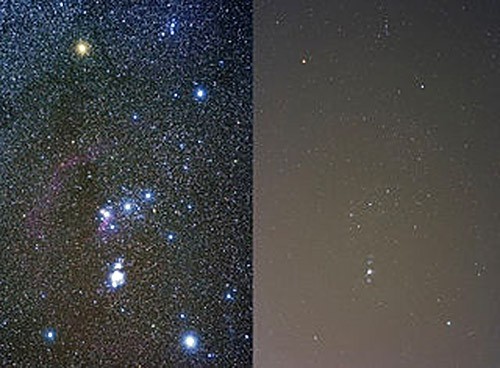 In urban areas, light pollution created by artificial light sources is the biggest contributor to skyglow. Natural sources, such as zodiacal light and airglow, also contribute. Zodiacal light is created as dust in space scatters sunlight. It is typically very faint and appears as a glow near the horizon. Airglow consists of light emitted in Earth's upper atmosphere as a result of certain chemical reactions. It is also very faint. These natural sources are the primary source of skyglow outside of urban areas.

Professional astronomers use sophisticated tools to precisely measure skyglow. Experienced stargazers can estimate the amount of skyglow by noting what features of the night sky they can and cannot see. But, there is also another way to measure skyglow. If you own a digital camera with full manual control, you can make your very own tool for measuring skyglow. While you will not be able to measure absolute brightness the way more sophisticated equipment can, you will be able to measure the relative brightness of skyglow in different locations.

The sensitivity constant, S, and detection limit, D, vary from image sensor to image sensor, camera to camera, and with camera settings. So, every image sensor has to be tested to find out what S and D are for that particular sensor.

Unfortunately, the relationship between exposure time and average pixel value usually is not linear in images with pixel values that range from 0 to 255. Instead, the relationship is non-linear. This is often due to the software inside the camera that converts the electrical signals from the image sensor into pixel values. For a non-linear response, we have to make a change to Equation 1:

Now, instead of a sensitivity constant, S, we have a sensitivity function, S(t) that depends on exposure time. And, the function S(t) changes depending on whether you are near the detection limit of the image sensor, near the saturation limit of the detector, or somewhere in between. The purpose of calibration is to figure out S(t). Because S(t) can be a complicated function, we will not try to figure out the exact equation; instead, we will make a calibration curve. A calibration curve is a graphical representation of the relationship shown in Equation 2, but we can use it without having to actually find the function S(t) analytically. Once you make your calibration curve, you will be able to compare the skyglow at different locations (or at different times in the same location).

Calibration is an essential step for any new telescope, camera, or spectrometer that will be used for research. Calibration for image sensors on spacecraft missions, for example, lasts months or even years and costs millions of dollars. Calibration for such instruments takes such a long time (and costs so much money) because those scientists want an absolute calibration. They want to know exactly how the sensor responds to specific numbers of photons. For this project, you will do a relative calibration. You want to investigate how skyglow compares in different locations, but it is not important to know precisely how much light is in each location.

This project is based on an article in Sky & Telescope magazine:

Using Your Calibration to Measure Skyglow 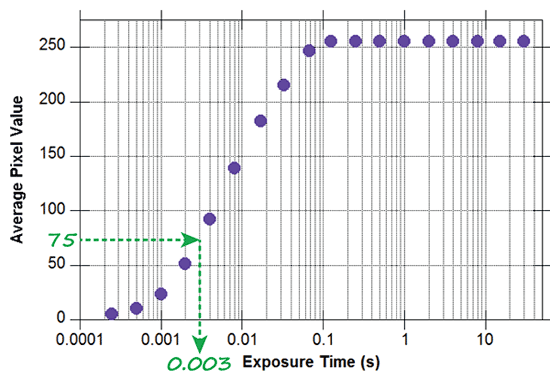 The average pixel values from numerous calibrated photos are graphed and form a positive linear slope until it plateaus at the highest chart value (a pixel value of 255). 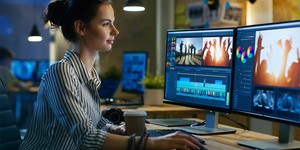 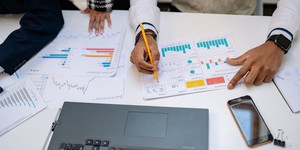 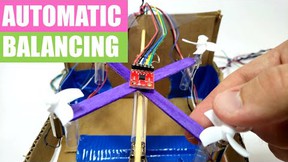 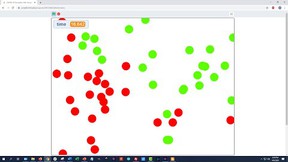 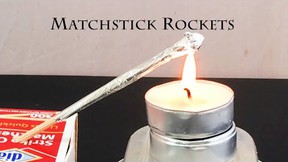