Why Do Birds Fly in a V-formation?

Have you ever wondered why geese fly in a V-formation? In this science fair project, you will build a wind tunnel to test how the formation of birds in flight actually affects their flight efficiency.

Difficulty
Time Required
Long (2-4 weeks)
Prerequisites
This is an advanced project that will require substantial initiative to design, build, and test. The experimental procedure gives outlines for how to proceed, and includes pictures; but precise details for the setup have to be worked out independently. Also, to perform the analysis, it is recommended that you first read the scientific papers that are listed in the Bibliography.
Material Availability
You will need a web camera and a computer for this science fair project. See the Materials and Equipment list for details.
Cost
High ($100 - $150)
Safety
No issues
Credits

This science fair project is based on the 2009 California State Science Fair (CSSF) project, "The Effect of Bird Formation on Flight Efficiency," by Timmy A. Beckman. Timmy received a Science Buddies Clever Scientist Award for this project. The pictures of the project were taken by Science Buddies scientist Sandra Slutz at the CSSF. 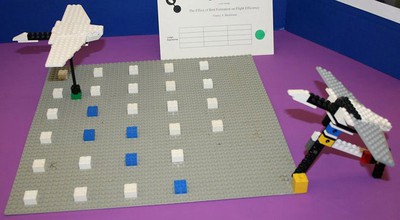 You have probably observed birds flying in formation. The V-formations of geese can be observed across North America, especially during their migratory seasons. Biologists who have studied bird flight have developed two hypotheses about the possible advantages of these formations. The first hypothesis is that flying in formation provides an energetic advantage. In other words, flying in formation requires less energy than does solo flight. The other hypothesis holds that flying in formation allows each bird to observe the position and flight direction of the other birds in the flock. This visual communication among members of the flock reduces the possibility of collisions and of birds becoming separated from the flock. It also might allow the birds to take advantage of the collective memory of all the members of the flock when they are migrating long distances. The actual formation in which the birds fly could be due to a combination of energetic and visual considerations, or to other factors entirely.

Interestingly, research has shown that the leading bird does not simply block the wind for the following birds. The wings of the bird create wing-tip vortices, which are regions where the air behind the bird's wing moves in a twisting motion. Figure 1, below, shows the vortex created by the wing of an airplane. Note that there is a region where the wind in the vortex is moving upward. This upward-moving wind can create a wind upwash, which provides a lift to the following bird. The paper by Cutts and Speakman in the Bibliography provides more details of this phenomenon. 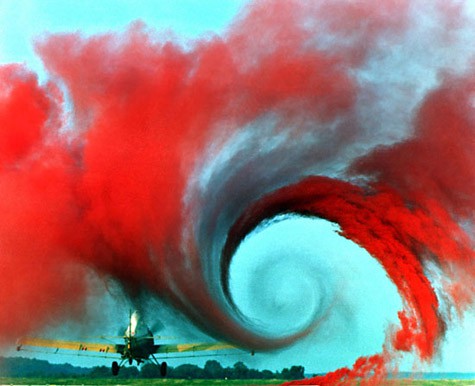 Figure 1. This image of the vortex trailing from the right wingtip of an airplane clearly shows the region of upwash to the right of the middle of the vortex. (Wikipedia, 2009.)

In this science fair project, you will build a model system to test the energetic advantage hypothesis. For the experiments, you will construct a wind tunnel using a large fan and side walls. A pair of geese will be built out of LEGO® blocks at 1/5 scale. The birds will be positioned at several different offsets, relative to each other. You will measure the force on the rear bird with a scale and simple lever mechanism. You will then compare the force on the rear bird for the various positions of the lead bird.

Setting Up the Testing Area 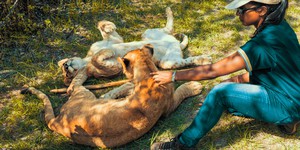 Science Buddies Staff. (2021, July 13). Why Do Birds Fly in a V-formation? Retrieved from https://www.sciencebuddies.org/science-fair-projects/project-ideas/Zoo_p057/zoology/why-do-birds-fly-in-a-v-formation 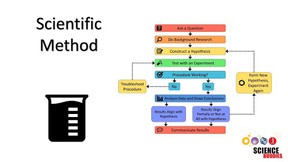 The Scientific Method: Steps and Examples
Gear Ratio for the Junior Solar Sprint 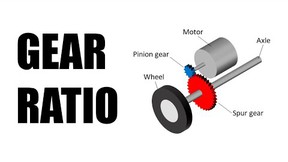