Writing a Hypothesis for Your Science Fair Project

What is a Hypothesis?

A hypothesis is a tentative, testable answer to a scientific question.

Once a scientist has a scientific question she is interested in, the scientist reads up to find out what is already known on the topic. Then she uses that information to form a tentative answer to her scientific question. Sometimes people refer to the tentative answer as "an educated guess." Keep in mind, though, that the hypothesis also has to be testable since the next step is to do an experiment to determine whether or not the hypothesis is right!

A hypothesis leads to one or more predictions that can be tested by experimenting.

Predictions often take the shape of "If ____then ____" statements, but do not have to. Predictions should include both an independent variable (the factor you change in an experiment) and a dependent variable (the factor you observe or measure in an experiment). A single hypothesis can lead to multiple predictions, but generally, one or two predictions is enough to tackle for a science fair project.

Examples of Hypotheses and Predictions

What if My Hypothesis is Wrong?

What happens if, at the end of your science project, you look at the data you have collected and you realize it does not support your hypothesis? First, do not panic! The point of a science project is not to prove your hypothesis right. The point is to understand more about how the natural world works. Or, as it is sometimes put, to find out the scientific truth. When scientists do an experiment, they very often have data that shows their starting hypothesis was wrong. Why? Well, the natural world is complex—it takes a lot of experimenting to figure out how it works—and the more explanations you test, the closer you get to figuring out the truth. For scientists, disproving a hypothesis still means they gained important information, and they can use that information to make their next hypothesis even better. In a science fair setting, judges can be just as impressed by projects that start out with a faulty hypothesis; what matters more is whether you understood your science fair project, had a well-controlled experiment, and have ideas about what you would do next to improve your project if you had more time. You can read more about a science fair judge's view on disproving your hypothesis at Learn More About the Scientific Method.

It is worth noting, scientists never talk about their hypothesis being "right" or "wrong." Instead, they say that their data "supports" or "does not support" their hypothesis. This goes back to the point that nature is complex—so complex that it takes more than a single experiment to figure it all out because a single experiment could give you misleading data. For example, let us say that you hypothesize that earthworms do not exist in places that have very cold winters because it is too cold for them to survive. You then predict that you will find earthworms in the dirt in Florida, which has warm winters, but not Alaska, which has cold winters. When you go and dig a 3-foot by 3-foot-wide and 1-foot-deep hole in the dirt in those two states, you discover Floridian earthworms, but not Alaskan ones. So, was your hypothesis right? Well, your data "supported" your hypothesis, but your experiment did not cover that much ground. Can you really be sure there are no earthworms in Alaska? No. Which is why scientists only support (or not) their hypothesis with data, rather than proving them. And for the curious, yes there are earthworms in Alaska.

What Makes a Good Hypothesis? 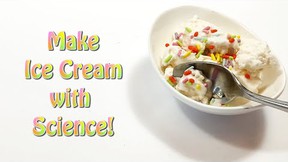 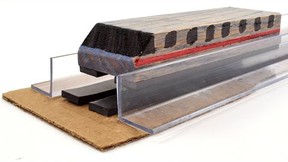 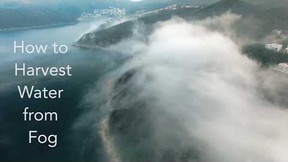