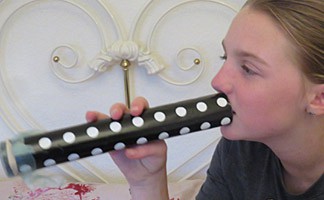 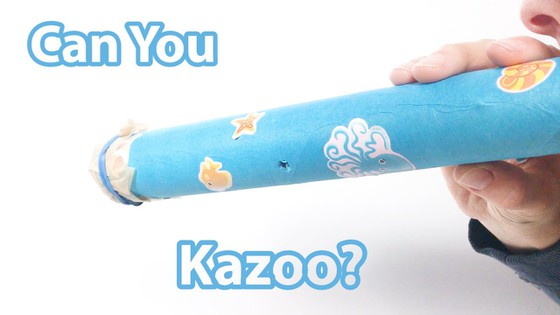 Do you remember your last parade, party, or fair? You might have been surrounded by sounds of all kinds: fireworks, music, and, maybe even the famous (or infamous) sound of kazoos. A kazoo is a very simple musical instrument, made up of a hollow pipe with a hole in it. They may be simple, but these little noisemakers are a great way to explore sound. In this activity you'll be investigating how kazoos work by building your own!

Each time you changed the structure of the tube, you probably noticed that the sound of your voice coming through the tube changed as well.

At first, when you spoke into the tube, you probably noticed that your voice sounded deeper or more resonant. This is because when you speak, sing, or hum into the tube, some of the sound bounces off the walls of the tube. You might also have felt the tube vibrate. Because of the sounds encounters with the tube, your voice sounds different when it travels through a tube. The change depends on the material of the tube.

After you covered the end of the tube, you most likely noticed that your voice sounded muffled. The covering created a barrier for the sound to pass through before reaching your ears, resulting in a much weaker sound. When you added the hole in the tube, it was probably again easier to hear the sound of your voice. The hole in the tube allowed some air (and sound) to escape and reach your ears without losing its strength.

Your voice might also have sounded amplified and more resonant when the end of the tube was covered. If so, the thin plastic at the end of the tube vibrated in response to your voice. The extra vibrations added to the existing ones, amplifying the sound. These vibrations might also have given the sound a different quality. Different coverings will vibrate differently, and thus, affect the sound in a different way.

A kazoo is a very simple musical instrument, made up of a hollow pipe with a hole in it. The end of the pipe is covered by a membrane that vibrates, resulting in a buzzing sound when people sing, speak, or hum into the pipe. People have been making and playing kazoos for years. The first kazoos were made from hollowed out bones, with spider egg sacs used for the vibrating membrane!

Although a kazoo looks and feels more like a flute or clarinet, it's actually most closely related to a drum. As the player sings, speaks, or hums into the open end, the vocal cords vibrate, creating sound waves that travel through the instrument. As they travel through the tube, some of the sound waves bounce off the walls of the instrument. This change in direction can add harmonics to the sound of the player's voice (depending on the material of the tube); however, most of the sound waves strike the membrane, causing it to vibrate. This vibration adds resonance or harmonics to the sound and creates the characteristic buzzing that we associate with the kazoo. Resonance is when additional sound waves are identical to the initial sound wave. They add to the initial sound and thus increase its volume. Harmonics also add to the initial sound but are not identical to it. They change the quality or timbre of the sound.

Singing Wine Glasses
Log in to add favorite More Menu
Science Fair Project Idea
The American holiday of Thanksgiving is a favorite of many. Friends and family getting together, a big feast, fancy china and glassware on the table. Who can resist the temptation to make the wine glasses sing? Find out more about how this works with this project! Read more 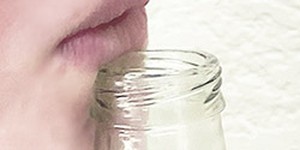 Have you ever blown across a bottle's top and made a pleasant, resonant sound? If so, have you wondered how that note is made exactly? A bottle is actually what is called an air cavity, also known as a Helmholtz resonator. Ocarinas are examples of musical instruments of this type. In this science project, you will use bottles to investigate how the volume of air in the cavity affects the pitch of the note that it makes. All you need are some bottles, water, a ruler, and a chromatic tuner. Read more

Build Your Own Xylophone Out of Copper Pipe
Log in to add favorite More Menu
Science Fair Project Idea
Did you know that making a musical instrument is not just an art, but a science, too? You can discover just how scientific by building your own xylophone (or a set of chimes) from copper pipe. First you'll need to do some research about the math and physics involved in the sounds of a xylophone. For example, there are equations that describe the transverse (side-to-side) vibrations of a pipe. These vibrations create the sounds you hear. So, to get specific sounds, xylophone makers must apply… Read more

Pluck Out & Pick New String Materials for Your Guitar
Log in to add favorite More Menu
Science Fair Project Idea
Walk into any music store and you'll find a dizzying array of string choices for your classical guitar, including rectified nylon, clear nylon, carbon fluoride, bronze wound, phosphor bronze wound, silver-plated copper wire, Polytetra-flouro-ethylene (PTFE), each in a range of tensions from low to high. There is no single best brand or best material. All have their advantages and disadvantages. A set of strings that sounds "sparkling" on one guitar might sound dull on another, primarily because… Read more 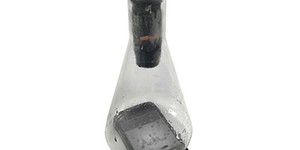 Have you ever wondered what sounds you can hear in space? The answer is simple: none! In outer space there is utter silence. There are no sounds of traffic jams or thunderstorms or crashing waves. No buzzing bees or babies crying. Just silence. In this experiment, you will discover why empty space is void of sound and prove it with the help of the microphone in your phone and a sensor app. Read more 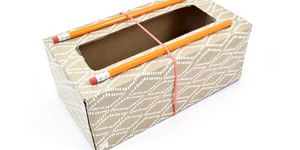 Did you know that the modern guitar is an instrument that dates back over 4,000 years? The first guitar music was published in 1546, during a time when guitars still had strings made from animal intestines! While guitars have a long history, they are still extremely popular in modern day music. Have you ever wondered how they make the music you listen to everyday? In this activity we're going to make our own guitars, and experiment with the different sounds we can create. Read more 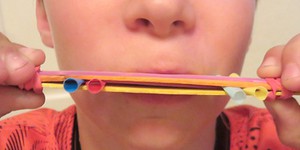 Can you name the bestselling musical instrument in the world? If you said harmonica, you are right! The harmonica was said to be patented in 1821 by Christian Buschmann, a 16-year-old German boy. Since then, it has become the top-selling instrument in the world and a household item in many places. Luckily, creating beautiful noise is not just an art—it is also a science! In this activity, you will design and explore your own harmonica-like instrument made from household items. Time to… Read more 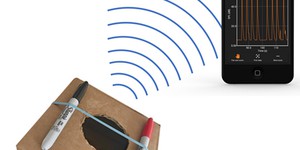 We are surrounded by sounds every day, ranging from unpleasant ones like traffic noise to enjoyable ones like music or singing birds. What makes these sounds different? Why are some louder or higher pitched than others? In this lesson plan, your students will investigate how the properties of a sound wave, like frequency and amplitude, affect the sounds we hear. They will do this using a sensor app than can record sound and frequency data with a mobile phone and a homemade musical… Read more
NGSS Performance Expectations: 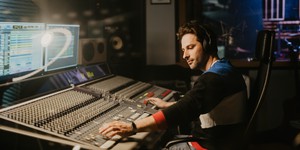 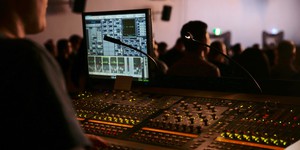 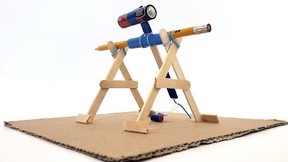 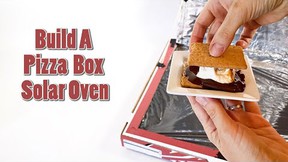 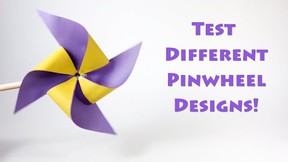