Does It Sink or Float? Depends on the Soap!

If you’ve ever had to wash dishes, you know that the right dish soap can make a dirty job a lot easier. Have you ever wondered how dish soap is able to clean dishes so much more effectively than water alone? Like many household cleaners, dish soap is a surfactant – it helps break up leftover food on plates by making it easier for food particles to dissolve in water. The dish soap also breaks up the water molecules themselves, which leads to some pretty interesting kitchen science experiments! In this activity you’ll be observing some surprising properties of dish soap in water!

Giant ships, people and rubber ducks can all float on the surface of water, thanks to one very important trait of water molecules – hydrogen bonds! Water molecules cling strongly to each other by forming hydrogen bonds from one molecule to another. These bonds allow water molecules on the surface of water to behave like a membrane, which can even support the weight of small objects like water strider insects. This property of water is known as surface tension. You have probably observed surface tension many times in your life. Have you ever noticed a single drop of water sitting on your car windshield? Instead of flattening out or splashing, these raindrops are able to hold a spherical shape because the water molecules of the rain drop are more attracted to each other than they are to the windshield of your car. As a result, those water molecules hold tightly to one another, forming the spherical shape of a rain drop.

In this activity you’ll explore how surface tension affects the behavior of objects in water, and why it’s so important!

In this activity you used dishwashing soap to examine how surface tension affects the behavior of objects floating in water. 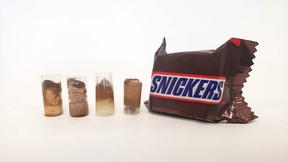 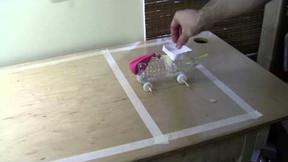 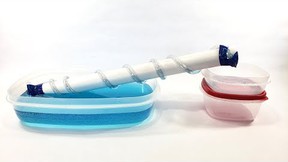