How Does a Hovercraft Hover? 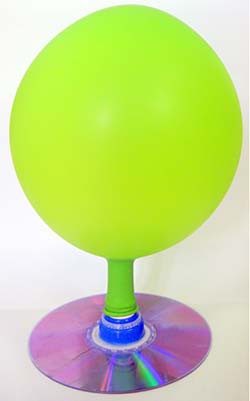 Have you ever ridden on a hovercraft? It is like gliding on a cushion of air! In fact, this is exactly what is going on. A hovercraft is a vehicle that glides over a smooth surface by hovering upon an air cushion. Since a hovercraft can travel on top of flat land or water, it is an amphibious vehicle. In this activity, you will get to build your own mini hovercraft using a CD or DVD, a pop-top lid from a plastic bottle, some glue, and a balloon. How will different amounts of air in the balloon affect how long the hovercraft hovers?
This activity is not recommended for use as a science fair project. Good science fair projects have a stronger focus on controlling variables, taking accurate measurements, and analyzing data. To find a science fair project that is just right for you, browse our library of over 1,200 Science Fair Project Ideas or use the Topic Selection Wizard to get a personalized project recommendation. 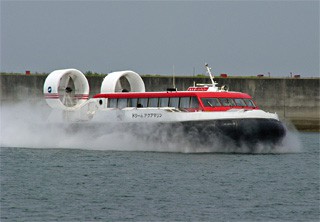 How Does a Hovercraft Work?
Log in to add favorite More Menu
Science Fair Project Idea 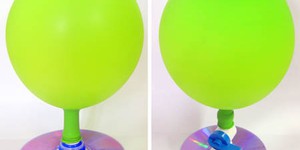 Have you ever ridden on a hovercraft? It is like gliding on a cushion of air! In this science project, you will make your own mini hovercraft using a CD or DVD and a balloon and investigate how the amount of air in the balloon affects how long the hovercraft hovers. Read more 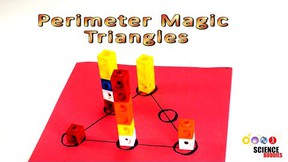