Have you ever seen a rooftop garden?  Around the world, rooftops are being transformed into living green expanses.  Besides beauty, rooftop gardens have a number of advantages, including growing food.  How would you like some sky vegetables for dinner, or some fresh-cut roof flowers to put in vases in your house?  Rooftop gardens can also take carbon dioxide out of the air while releasing breathable oxygen.  But can rooftop gardens also keep your house cooler and lower your energy bill on hot summer days?  Try this activity to find out!

Rooftop gardens, also called living roofs or green roofs, have many advantages, including providing more space for agriculture, adding beauty to the cityscape, and increasing the air quality.  During photosynthesis, plants remove carbon dioxide from the air and release oxygen, which, of course, we need to breathe.

On hot summer days, rooftop gardens may also keep buildings cooler than the traditional tar and gravel roofs.  Because they sit in the direct sunlight for many hours, the temperature of traditional rooftops tends to rise above the actual air temperature.  Then they radiate that heat back into the environment.  If you live in a big city or have been to a mall with a lot of concrete buildings during warm months, you might have noticed the temperature difference between those areas and the suburbs or more rural areas.  That is because when the heat is radiated back into the environment from the rooftops, an area with many buildings, like a city, can experience an increase in local air temperatures by as much as 5 to 7 degrees Fahrenheit!  This phenomenon is referred to as the urban heat island effect.

Extra: You could investigate how having a rooftop garden affects a building’s temperature over the course of the day by repeating this activity but keeping the boxes outside the entire day and taking measurements throughout the day (including after it gets dark outside) or by using a heat lamp on the boxes to mimic a hot day (and turning the lamp off to mimic the sun going down).  How does the temperature of the boxes change over the course of a day?

Extra: You could try growing your own rooftop gardens for your box houses and explore many variables.  What kinds of plants work best? Does soil depth alter the temperature results?

Extra: You could explore how having a rooftop garden affects how warm a building stays during the winter.  To do this, repeat this activity but this time test the boxes on a cooler day (or indoors) and put a layer of ice cubes on top of the boxes.  (Cover the boxes with saran wrap to keep them dry.)  You could alternatively, or in addition, place the boxes on top of a tray of ice (again covered with saran wrap).  Which box stays the warmest in winter-like conditions?

It’s thought that rooftop gardens might be able to diminish the urban heat island effect.  Generally, rooftop gardens absorb heat and insulate buildings better than traditional tar and gravel roofs.  In this activity, you should have seen this; while both boxes were probably warmer than the temperature in the shade nearby, the box with the sod (or soil and weeds) should have been relatively cooler inside compared to the box without the sod.  As an example of how real rooftop gardens can help keep their buildings cool, measurements from the Chicago City Hall show that on a summer day, when the air temperatures were in the 90s, areas of the roof covered in black tar rose to a surface temperature of 169 degrees Fahrenheit, while areas planted with a rooftop garden only rose to 119 degrees Fahrenheit – that’s a 50-degree difference! 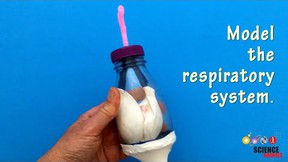 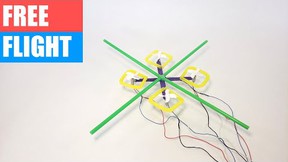 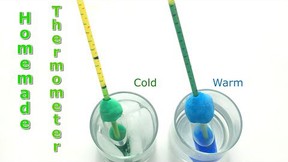