Microbial Fuel Cells: On the Hunt for Renewable Energy

Renewable energy is hiding in places you might not think to look! For a glimpse into the future of power generation, experiment with a microbial fuel cell.

After assembling your microbial fuel cell using a kit (available in the Science Buddies Store), connect the fuel cell's hacker board, shown above. Within 3-10 days, the hacker board should begin blinking, though you will start taking measurements right away!

Ask anyone about sources of renewable energy, and they are likely to mention solar power, wind power, or perhaps even geothermal power. Hydro (or water) power, too, may come up, but when you talk about water as a renewable energy source, you probably are talking about energy harnessed from falling or running water.

But what about the dirty water running through our underground sewage pipes? What if a wastewater treatment plant could power itself with the very water that it is supposed to clean?

Beyond Sun and Wind

The idea of producing energy from dirty water isn't as far-fetched as it sounds. Thanks to something called a microbial fuel cell, extracting energy from microbes such as bacteria is possible. Why? Because some types of bacteria produce electrons when they feed on the nutrients found in places such as dirty water or soil—both of which are easy to find! In a microbial fuel cell, these electrons can be captured by electrodes and used as a power source.

You may be wondering what sorts of "nutrients" can be found in dirty water and soil. After all, humans depend on fresh fruits, vegetables, and proteins for the vitamins and minerals that help us thrive. However, some types of bacteria can live on compounds that our bodies treat as waste. For example, the urine that we flush down the toilet is full of nitrogen, and nitrogen is part of a healthy diet for some types of bacteria.

Harnessing the Power of Bacteria

Scientists discovered electricity-producing bacteria in the early 1900s, but recent interest in renewable energy has increased research in this area. To make microbial fuel cells a viable renewable power source, one important question that scientists must answer is how to best maximize the amount of electricity that they can produce.

With the Science Buddies Project Ideas below, you can be a renewable energy scientist. Try any of these projects to get started:

While you shouldn't expect to be recharging your cell phone with a microbial fuel cell next year, it is possible that one day this technology will be as common as solar panels. Will you be among the scientists who explore innovative ways to keep up with our energy needs?

Support for this Project Idea was provided, in part, by PG&E 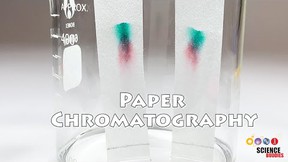 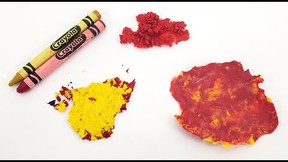