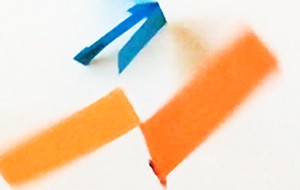 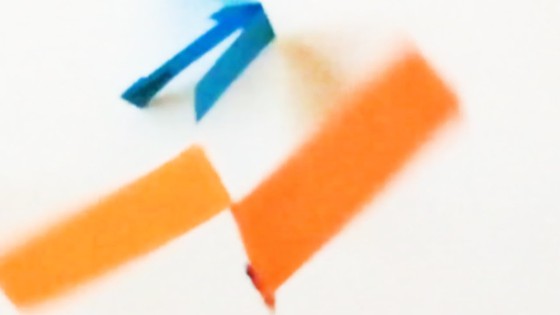 Have you ever seen a helicopter flying through the air? Have you ever wondered how they fly—or if you could try flying one yourself? This fun activity will help you get started at home building a simple paper helicopter. And you will learn a little bit about what keeps these amazing vehicles aloft.

When you drop a whirlybird, it will take a fraction of a second for it to start spinning and slow down. This is why you need to drop it from a high location—it needs a certain amount of vertical space to begin its spinning. Once the whirlybird does start spinning, it should "helicopter" slowly to the ground. As you add paper clips, the whirlybird should fall faster and faster until eventually it drops so fast that it does not spin at all.

Experimenting with your own whirlybird designs can be a fun and challenging engineering activity. Some designs will fall more slowly than others. If you change the dimensions too dramatically, however, the whirlybird may actually tumble to the ground instead of spinning its way down.

Helicopters stay in the air using spinning blades that are used to generate an upwards push called "lift." With enough of it, a craft can overcome the force of gravity, which pulls the object down toward Earth. Aircrafts such as helicopters with spinning blades are called rotary wing, unlike traditional airplanes, which are fixed wing.

This activity uses a simple paper helicopter called a "whirlybird." Unlike a real helicopter, the whirlybird does not have a motor to make its blades spin. Due to its special shape, however, the blades still spin as it falls. This generates additional lift that slows the whirlybird even as it drops. So, it falls slower than if you crumpled up the same piece of paper and dropped it. Adding more paper clips to the whirlybird make it weigh more; the Earth pulls it harder to the ground, so a whirlybird with extra paperclips falls faster compared to the same whirlybird with fewer paperclips. 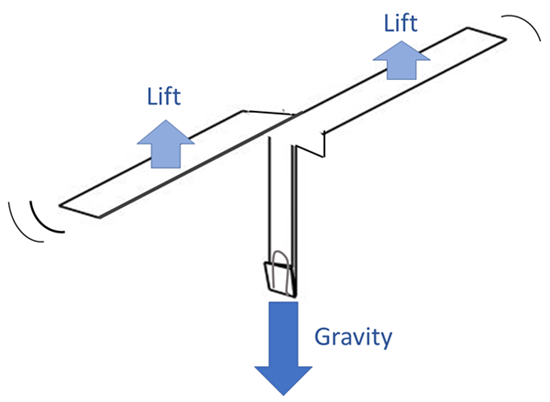 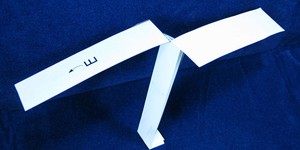 Have you ever seen a helicopter flying through the sky? It can be difficult to do a science project with a real helicopter, so in this project we will show you how to make a miniature paper helicopter called a whirlybird. Will your whirlybird be able to stay in the air as you add paper clips as weights? Try this project to find out! Read more

Helicopter Liftoff: How Does the Speed of the Rotor Affect the Amount of Lift?
Log in to add favorite More Menu
Science Fair Project Idea
Helicopters are fascinating to watch. The spinning rotor blades on top of the helicopter generate lift, allowing it to take off vertically. They can land vertically, too, allowing them to set down in small spaces, such as hospital helipads or on a ship at sea. In this aerodynamics science fair project, you will fly a remote-controlled helicopter and measure how the rate of the rotor's rotation changes as the helicopter hovers and flies up or down. Read more 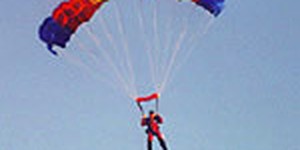 How does a parachute work? Do bigger parachutes work better than smaller parachutes? Find out in this science project if the size of the parachute matters. Read more 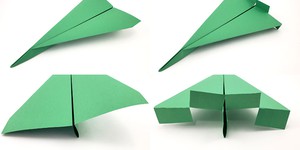 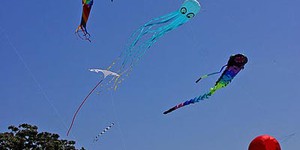 Kites have been a source of entertainment for centuries for kids from cultures around the world. In this science project you will have a chance to build your very own kite, a simple sled kite. Then you will use it to investigate how kites fly. Will you find out the best way to fly your kite? Read more

How Low Can It Go? Design a Kite that Flies Best in Low Winds
Log in to add favorite More Menu
Science Fair Project Idea 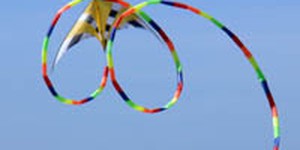 Flying kites is an excellent way to learn about aerodynamic forces. In this science fair project, you will build and test a variety of kite designs to see which flies best in low wind speeds. You will use an inexpensive anemometer to accurately measure the wind speed. Since you will be choosing which kites to build and test, the experimental procedure provides a general outline for the experiments, but there is a lot of opportunity for you to be creative with your kite designs. This is a DIY… Read more

What makes some objects more streamlined than others? Find out which ordinary objects around your house are made to move smoothly through the water in this easy science fair project. Which objects will produce the most drag when pulled through the water? Read more 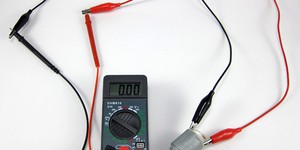 How does a helicopter generate enough lift to fly? How does a speedboat get moving fast enough to pull someone on water skis? Here's a project on designing propellers to do the job. Read more 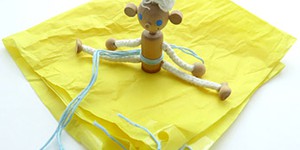 Have you ever wondered what a parachute and an open rain jacket have in common? They both trap air and slow you down when you move fast! In this activity, you design a parachute for a miniature action figure. Tissue paper or a plastic bag and a few strings is all it takes to make your figure into an expert skydiver. Read more 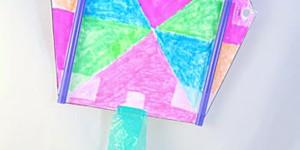 Have you ever tried to build your own kite? Kites have been a source of entertainment for centuries for kids around the world. How do some features of a kite, such as its tail, affect how it flies? In this activity you will have a chance to build your very own kite, a simple sled kite, and use it to investigate how tails help kites fly. How well will your kite fly? Read more 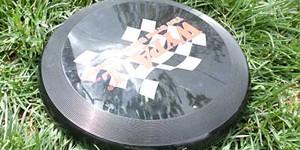 Are you good at tossing a Frisbee? Have you ever wondered how a Frisbee is able to fly through the air so well? If you can throw a perfect, arcing curve, right on target, you have already trained your arm on the aerodynamics of Frisbee flight! In this science activity, you will investigate how the angle at which you throw the Frisbee affects its flight's direction and distance. Next time you are out tossing a Frisbee, this little lesson in aerodynamics may help make your throws be even… Read more 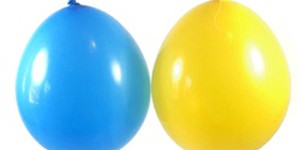 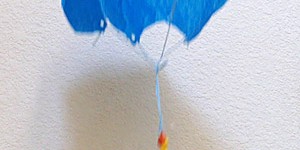 Forces, which we might instinctively describe as pushes and pulls, are acting on us at all times, but we cannot always see them. This hands-on lesson offers a fun opportunity to explore "invisible" forces like gravity and air resistance. Students will build parachutes and investigate how they allow skydivers to safely land. Read more
NGSS Performance Expectations: