The Science of Football Flight

Scientist Ainissa Ramirez explains how the handedness of a quarterback affects the flight and spin of a football. Students can explore this and other football science with sports-focused STEM projects.


A football thrown by a left-handed quarterback flies differently than a football thrown by a right-handed quarterback. As Ainissa Ramirez explains in a recent Science Underground podcast (and video, above), a football acts like a gyroscope in the air. It spins when it is thrown, and then both air and gravity have an effect upon the football's nose. While it is spinning, the football stays in motion, which demonstrates gyroscopic torque. But spin also results in the nose of the football being pushed to one side or the other.

The physics of a ball's flight and the forces that act upon it are fascinating, but when you factor in the handedness of the quarterback, the ball's flight takes on yet another variable.

According to Ramirez, the direction the noise points depends on the handedness of the quarterback. Understanding how this will impact the path of the throw can make the difference between a successful pass or a throw that is off target by just enough to end up incomplete.

The next time you watch a football being thrown, be sure and notice how the nose points to one side or the other as it travels through the air!

As football season gets underway, students can explore science, technology, engineering, and math related to the sport with science projects like these:

With the Ping Pong Catapult from the Science Buddies Store, you can turn an investigation of football flight patterns into a fun indoor game. The Ping Pong Catapult won't help you perfect your on-field spiral, and you won't be able to evaluate the difference in how balls thrown by right-handed or left-handed quarterbacks fly, but with this cool tool, you can do a fun football kicking experiment.

Afterwards, with an assortment of soft sports-themed mini party balls or ping pong balls, you can use the catapult for other indoor projects that let you explore the physics and aerodynamics of a ball in flight and have some target practice fun at the same time. 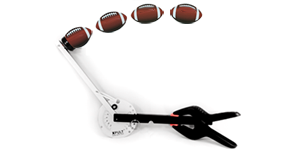 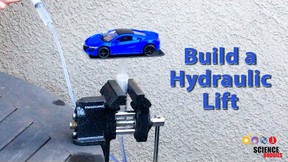 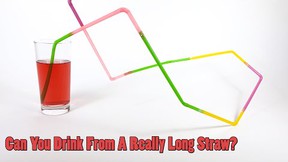