In a three-part television series from PBS and BBC, viewers tune in to an amazing ecosystem off the coast of Northern California where all kinds of migrating animals stop to feed and refuel. Students and classes can explore environmental issues, marine life, the science of habitats and migration, and other related science questions with hands-on STEM education projects. 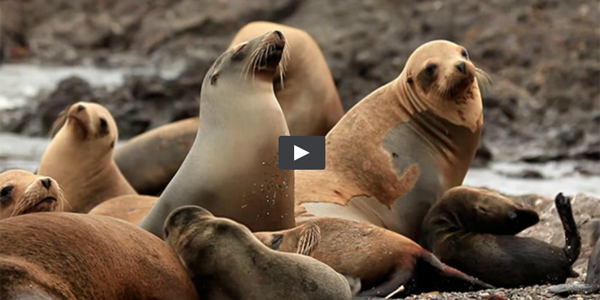 Click the image above to visit the PBS website where you can watch the "Big Blue Live" episodes online.

Sea otters and whales and ecosystems, oh my! Thousands of viewers tuned in over the last two nights for the first two episodes of PBS' three-night series "Big Blue Live." Fans of reality TV shows like "Big Brother" got a taste of something completely different with the live nature show. The program, in partnership with BBC and the Monterey Bay Aquarium, aims to showcase the diverse population of marine animals currently resting, feeding, living, or passing through the Monterey Bay National Marine Sanctuary, some of which were in recent years on endangered species lists, and raise awareness about environmental and conservation issues. The series, hosted by scientist Dr. M. Sanjayan and scientific journalist Liz Bonnin, gives viewers a look at the beauty of an ecosystem in action specifically at a time of year when the migratory paths of multiple species converge off the coast of Northern California.

As with any live TV broadcast, even producers and hosts couldn't be sure what might happen or what might swim into view during one of the broadcasts, but viewers tuned in to find out. Creatures that might show up on camera during "Big Blue Live" filming include Blue whales, Elephant seals, Risso's dolphins, California sea lions, Humpback whales, Laysan albatross, Brown pelicans, Southern sea otters, White sharks, and more. Tonight, September 2, is the final episode of the three-night series. Viewers can watch live on the PBS site, and the first two episodes are available for online viewing. (Previous BBC "Big Blue Live" episodes are available on the BBC site.)

Social media during the PBS "Big Blue Live" television blitz has churned out more than 80,000 posts, with viewers commenting about the show, sharing related marine science material, and otherwise coming together in support of marine life science, conservation, and stewardship. Join in or follow along with the #BigBlueLive hashtag and the official BBC Big Blue Live Twitter stream.

Students interested in learning more about science related to marine life and to environmental questions, issues, and topics showcased in "Big Blue Live" may enjoy exploring science fair projects like these:

A Career in Marine Science 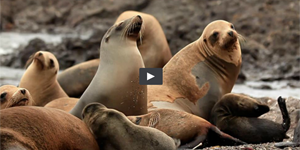