Changing Diabetes: A Pro Cycling Team with a Mission

This summer, top cycling teams from around the world tackled extreme terrain and intense competition in the centennial Tour de France. The race, one of the most well-known in the sport, is a goal for many professional cycling teams—including an international team of cyclists who all have Type 1 Diabetes. Meet Team Novo Nordisk. As the team trains for a future Tour de France, they are spreading awareness about Type 1 Diabetes with every ride they take. 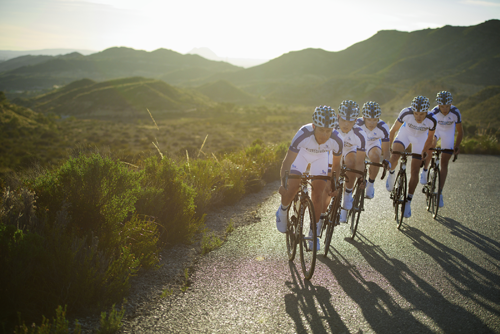 Riding for a Cause

Team Novo Nordisk, the first all-diabetic professional cycling team, has been making a splash on this year's cycling circuit, spreading awareness about Type 1 diabetes (T1D) with every mile they pedal. After a change of riders and a move to an "all Type 1 diabetes" team lineup with the start of the 2013 season, the team has been cycling a competitive schedule in recent months, including the Tour de Beauce, the Tour de Korea, the Air Force Association Cycling Classic, the Philly Cycling Classic, the Tour of the Gila, the Presidential Cycling Tour of Turkey, the Vuelta a Castilla y Leon, the Bayern-Rudnfahrt, and Post Danmark Rundt.

Team Novo Nordisk, formerly Team Type 1, was founded by Phil Southerland in 2005. Southerland, CEO of Team Novo Nordisk, was diagnosed with Type 1 Diabetes as an infant. At thirty, Southerland has outlived the prognosis that came with his diagnosis and has turned his passion for professional cycling into a powerful and inspiring platform for diabetes education and awareness.

Southerland's book, Not Dead Yet: My Race Against Disease: From Diagnosis to Dominance,

tells the story of his life with diabetes and his journey as a professional cyclist. With his team's new partnership with Novo Nordisk, a global healthcare company headquartered in Denmark, Southerland is on a mission, a mission that started as a grassroots initiative and has grown into something much larger and more far-reaching.

Team Novo Nordisk has evolved into a global sports organization that includes a women's cycling team, a development team for up-and-coming cyclists, and a triathlon team. Riding at the front of the organization as they chart a course for future Tour de France participation, the men's cycling team is changing the face of diabetes, one bike race at a time. With each mile pedaled, they are providing inspiration to thousands by doing what they love, doing it well, and not allowing diabetes to be a limiting factor.

To follow Team Novo Nordisk's progress on the cycling circuit, and to be inspired, day in and day out by what they are accomplishing and the role models they are providing, visit the Team Novo Nordisk website or join them at Facebook.

Followers of Team Novo Nordisk's progress through their social media streams are treated to awesome in-action, on-the-bike, rounding-the-curve or cresting-an-incline photos (like the one above) showing their progress this season. Fans know that these riders are constantly on their bikes, but with each location they visit and each race they ride, the Team, who wear "Changing Diabetes" jerseys, is spreading the word about diabetes, raising awareness, and changing public understanding of the disease.

These riders, ranging in age, cycling experience, and years since their diagnosis, have come together as a unified force. Together, they aim to pose a serious challenge to other cycling teams and make a difference in diabetes education, awareness, and care around the world.

Why create a team of racers who all have Type 1 diabetes?

When you scroll through the biographies of the Team Novo Nordisk riders, you see typical statistics, age, height, weight, country of birth, and, in every case, "age of diagnosis." This team isn't simply spreading the word about diabetes. They are living (and riding) with Type 1 diabetes, and as the team says in one of their public awareness campaigns, they are living "on their terms" as they join together with sponsor companies like Novo Nordisk to increase public awareness of diabetes and foster new understanding of what it really to have Type 1 diabetes.

Many people are not familiar with the signs of diabetes, misunderstand what it means to have diabetes, and do not know the differences between Type 1 and Type 2 diabetes. Misinformation about diabetes is widespread, even among some health professionals. Ask a family who has had a child diagnosed with Type 1 diabetes and received a crash course in diabetes education in a period of hours about what they knew going in, what they learned, and how many times they have since had to explain the basics of Type 1 diabetes to friends, family, and other outsiders. People who have Type 1 diabetes, or have an immediate family member with Type 1 diabetes, take on a neverending role of public education in addition to management of the disease.

With the rise of Type 2 diabetes in recent years, the conflation of information about diabetes in the popular consciousness has multiplied. Many people know "something" about Type 2 diabetes but know much less about Type 1 diabetes or, worse, assume all diabetes is basically the same. Both Type 1 and Type 2 diabetes are related to the pancreas and insulin, but in many ways, the two types are very different.

One misconception is an over-simplification of diabetes as "a diabetic can't have sugar" or, even worse, "diabetes is caused by eating too much sugar." Neither statement is completely true, and each statement has different levels of significance, depending on the type of diabetes. People with Type 1 diabetes can eat almost anything. That doesn't mean there are not some foods that are better choices than others, but dessert is not off the menu. Neither is pizza. Or lasagna. Or brownies. The difference is that no matter what someone with Type 1 diabetes eats, they need insulin for their body to properly process and use the food.

But having Type 1 diabetes doesn't mean you can't get out and do what you love. 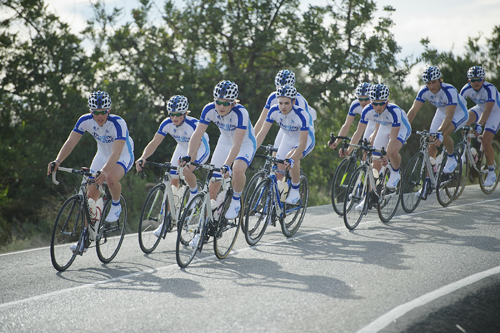 A Lifelong and Growing Disease

Type 1 diabetes (Diabetes mellitus) is an autoimmune disease in which the body attacks and destroys the insulin-producing beta cells in the pancreas. The body needs insulin to break down glucose as it comes into the blood stream from the foods we eat and as it is released by cells where it has been stored as energy. Some glucose comes from simple sugars, like those found in a piece of cake. But all carbohydrates are broken down by the body into glucose. Everyone, even people with diabetes, needs carbohydrates.

According to Novo Nordisk, there are more than 371 million people, worldwide, who have been diagnosed with diabetes (of either type). That number is predicted to rise to more than 550 million by 2030. Because Type 1 diabetes is often diagnosed during childhood or adolescence, it used to be called juvenile onset diabetes. A person can, however, get Type 1 diabetes at any age. (Of the 17 members on the current Team Novo Nordisk cycling team, nine were diagnosed at age 16 or older.) The Juvenile Diabetes Research Foundation (JDRF) notes that "as many as three million Americans may have T1D," and each year "more than 15,000 children and 15,000 adults—approximately 80 people per day—are diagnosed with T1D in the U.S."

Treating diabetes is complicated because both high and low sugar levels can be dangerous. If blood glucose levels run consistently high, patients are at increased risk for a wide range of health problems, including heart disease, stroke, vision problems, and neuropathy. Treating low blood sugar involves giving the body a rapid supply of glucose to help balance the blood sugar. If glucose levels remain too low, a person with Type 1 diabetes can end up in a coma and die.

Because glucose levels are constantly in flux as your body goes through the day (even during the night), successfully managing Type 1 diabetes requires constant vigilance, numerous glucose (or "blood sugar") checks each day, insulin at meals and as a corrective measure in the event of high blood glucose readings, and attention to what the person is "doing" at all times that may change how the body uses and processes energy. Exercise, for example, can make a big difference in how the body uses energy and in how much insulin is needed to handle certain foods.

What foods are good when someone needs a glucose boost? What foods convert to glucose faster than others? Which foods have a minimal impact on blood glucose levels and what does that tell you about the relationship between carbohydrates and other nutritional ingredients? What foods might a professional athlete eat to help boost energy without skyrocketing blood sugar levels during a race?

Students with or without diabetes can learn more about the way the body uses and processes sugar, and better understand the role of insulin, in hands-on science projects like these: 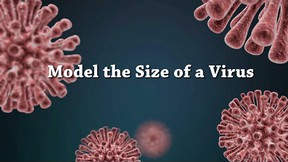