Trapped Below Ground: The Importance of Circadian Rhythm


The study of Circadian Rhythms is called chronobiology.

It's not about bugs! "Cicadas" are the insects that come back periodically—every 13 or 17 years in the case of some species. But the bugs (often called locusts) are not related to circadian rhythm.

Thirty-three workers were rescued recently after being trapped under ground when a mine collapsed in Chile in August. The workers were trapped 2,300 feet beneath the surface for 69 days—a very, very long time to be without natural light!

While engineers worked on a rescue solution, rescuers above ground were able to rig systems to get required staples to the miners: food, vitamins, reading material, a portable music player (that was shuttled up and down to be charged). The trapped group was even able to watch a football game projected onto a cave wall. What couldn't be passed down, however, was sunlight. While there were some portable light sources available, being without natural light for such a long time poses many potential health hazards because our bodies depend on an awareness of natural light to keep our "internal clock" regulated.

This internal clock is related to "circadian rhythm" which tells our bodies when to "do" certain things each day. At the most basic level, our bodies are trained to sleep when it's dark and be up and about in the light. Almost all living things, even microbes, show evidence of circadian rhythm, and this rhythm controls a huge number of physical, mental, and behavioral processes, changes, and fluctuations, including things like body temperature, bowel movements, sleep, and the ability to stabilize one's emotional mood.

The trapped miners faced an extended period of circadian rhythm disruption, but this is an area of study that has impact for astronauts, airline pilots (who often fly across multiple time zones) and even workers who routinely work a night-shift, as well.
To begin exploring the presence and impact of circadian rhythms, take a look at these Science Buddies project ideas: 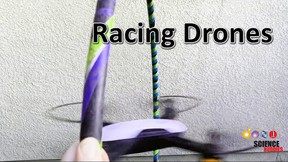 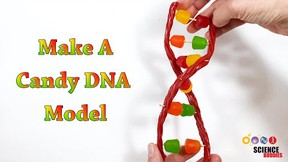